How Do You Conduct a Community Survey? 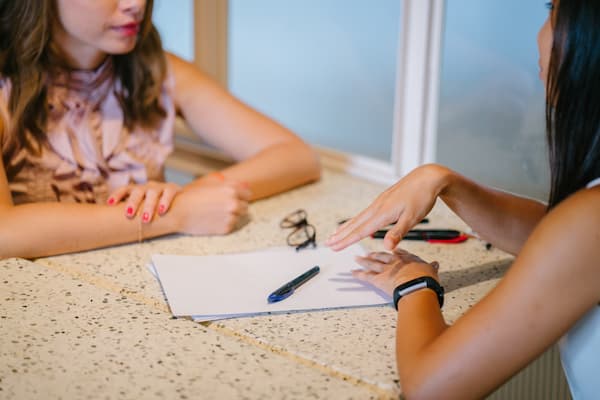 It's easy enough to gather the opinion of one person, and especially if they're generally not afraid to tell you what's on their mind. But if you're trying to better things for everyone in a community, then one person's opinion isn't going to be of much use, no matter how sound their reasoning may be.

Instead, it would be best if you asked questions on a much larger scale. One way to do this is through a community survey. These have advantages over other forms of opinion-gathering methods for various reasons. For instance, they're more controllable. Rather than accepting unguided opinions, a community survey questionnaire can provide insight into predetermined matters that you want to know more about.

Another advantage is you can get a much better idea of what the population as a whole feels about a particular matter. All too frequently, the opinions heard by policy-makers and other influential individuals are only those of the people who have proactively chosen to share those opinions. A community survey form will gather people's thoughts whether they usually speak up or not, which leads to a more diverse -- and thus better -- set of opinions.

Our non-profit customers have discovered that Text-Em-All’s automated calling system and mass texting service is the answer to their communication headaches. Send a personalized text or voice message to tens, hundreds, or thousands of people with a single broadcast.

Let's think about surveying a local area. The point of this would be to ascertain people's attitudes, opinions, and behaviors relating to something specific. For example, if you've gotten some complaints about the quality of the garbage collection (or lack of), you can use a survey to gather people's opinions beyond those who had made the complaint. This will let you know whether those complaints were isolated cases or if there's a widespread problem.

Essentially, surveys can be used for anything, but they're beneficial when it comes to decisions that impact a community. They're more effective than other methods because they provide a primary source of information, and these are much easier to interpret and action.

Another reason that local leaders use them is because they're cost-effective and unbiased. The people you're asking will have nothing at stake other than hoping to improve the community, and in this way, your goals are aligned.

What Will Your Method Be?

As with most things, there is more than one way to ask community survey questions. Generally, the most common community survey examples are conducted using one of four methods: mail surveys, telephone surveys, electronic surveys, or face-to-face surveys (as in, going from door to door).

There are advantages to all of these methods, but some are generally considered better than others because of the higher response rate and ease of implementation. It's important to remember that in most cases, you'll be putting the survey forward to a cross-section of society; all people will be represented. In this case, an electronic survey may not be best because, though the numbers are growing each year, specific demographics have reduced internet access or capabilities.

Mail surveys are useful because they're relatively cheap to send out, but there is a problem: the response rate can be low because it requires the participant to mail it back. And in this day and age, people are less inclined to do that.

Face-to-face surveys can, if they're done correctly, be an extremely effective way to gather information, especially since the person carrying out the interview can clarify any misunderstandings with the questions. But they also have drawbacks. They take longer than other methods and are more challenging to organize. Also, during coronavirus times, knocking on doors may not be the most responsible thing to do.

This leaves us with a phone survey, which is generally considered the best method because it mixes many of the other methods' advantages. Plus, it allows for a more significant sampling since the majority of people have a phone.

The data that you get from your community survey can only be as good as the survey itself. As such, it's essential that a lot of thought and planning go into developing the survey. Take the time to figure out what information you're trying to gather, which section(s) of society are best positioned to give you that data, and how you will conduct the survey. You'll find that you're much more likely to get actionable responses.

On the other hand, if you rush into the project or frame the questions in the wrong way, you might find that you're left with many answers but nothing you can work with.

The more people that you ask, the more reliable your community survey data will be. The issue with asking large quantities of people questions is that it doesn't leave much room for errors. Before you launch your survey on a mass scale, be sure to rigorously test it to make sure that there aren't any fundamental mistakes that could compromise the data's quality. The testing method should be multi-layered.

While still in-house, you should test the questions on colleagues. This is a way to check that everyone understands the questions, identify any mistakes, and so forth. From there, you can move onto the sample group. This is where you can test the answers. Suppose you're having trouble gathering any information from your small sample size because of the answers' complexity or ambiguity. In that case, you'll have the same problem when you launch it for real, just on a bigger scale, unless you make some changes.

And talking of answers: you must be giving participants a good selection of answer choices to choose from. Having 'Yes or No' as the answers to every question isn't going to help you when it comes to analyzing the data. It's not about what people think, necessarily, but how much they think it. It's all about offering them a range of quality. For example, on a scale of 1 - 10, or from 'poor' to 'excellent,' what do you think of X? It'll help indefinitely once you come to crunching the numbers. There are questions that everyone or nearly everyone would answer 'yes' or 'no,' but that doesn't mean they care about the matter necessarily.

It can also be beneficial to ask open-ended questions, which you can use to get very detailed answers. The problem with these types of responses is that analyzing the data can be extremely time-confusing, so it should be enacted with caution, and perhaps not at all if you're surveying a large number of people. You could always consider adding an 'any additional comments' box at the end.

Who Will You Sample?

This is a big one. Since it's unlikely that you'll be able to sample everyone in the community, you'll have to figure out who receives a survey and who doesn't. As a good rule of thumb, it's best to think about which demographics will be impacted by the survey results and make sure that they have a voice. If you're talking about what happens at a school, then that's pretty straightforward: a cross-section of families with children in the school system will suffice. If you're discussing more general community matters, such as, say, the garbage collection system, then people of all ages and backgrounds should be consulted.

Though it sounds like it should be one of the more challenging aspects of the process, interpreting the results is one of the more straightforward processes, or at least it is if you've given pre-selected answers to choose from. At that point, it's just about counting how many 'votes' each answer received. The results should then be pretty straightforward once they're in front of you -- the one with the most votes' wins.'

If you've open-ended questions, then the process will be more difficult. At that stage, you'll need to do your best to find patterns. You'll have to dig through all the responses and perhaps assign your labeling for each answer; over time, you should see that specific answers keep coming up again and again. If you struggle too much with this process, you can always hire a data expert to help you analyze the results.

Getting the results of a community survey is not the end of the work. It's just the beginning. Once you've gathered the results and made some sense of them, then it's time to get working on implementing the changes. The great thing about a community survey is that it gives you an insight into what the people want, and if the leaders are in charge of anything, it's making the lives of the citizens better.

If you’re looking for some support with your community survey project, then take a look at Text-Em-All, a service that offers mass texting and calling. By creating just one broadcast, you can reach thousands of people.