What is the Purpose of a Community Survey and How Are They Us? 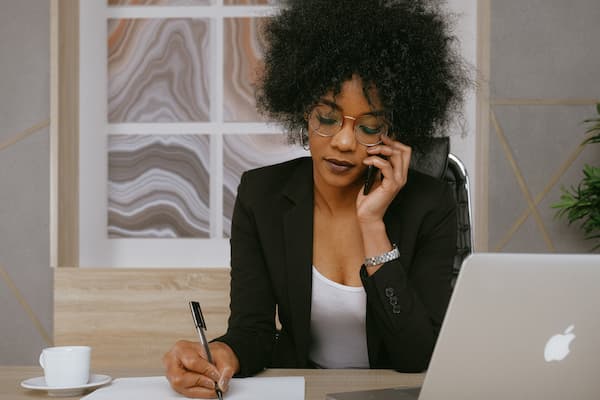 If you're going to make the best decisions for your community, then it's essential that you're analyzing high-quality data. All too often, decisions regarding the direction of a community are made without the input of the people who will be most directly impacted by those decisions: the citizens.

While there are various methods for gathering people's opinions within the community, one of the best is through a community survey. This holds an advantage over other forms of opinion-gathering practices (such as a town hall meeting) because it gathers the thoughts and feelings of the general population, as opposed to just the opinions of people who feel confident raising their voice in a public environment or who have the drive to make their voice heard in other ways.

To put it in simpler terms: the community survey's purpose is to create a future that'll benefit the largest number of citizens.

What is a Community Survey?

In the olden days, a community survey might have looked like a person going from door to door with a clipboard and pen and asking individuals directly what they thought about several issues. But times have moved on. While the knocking method can still be useful, the rise of technology has provided us with better methods (and let's not forget that the coronavirus pandemic has made door knocking less appealing).

You can conduct a survey by creating a community survey questionnaire. Once the survey is designed, use an automated calling or mass text messaging service (such as Text-Em-All) to message a customized group of contacts. You can also create an online community survey form, which the group is then invited to complete via a URL within a text message.

Now that we've looked at the methods you might use to complete a survey, let's think about some community survey examples. What might you use this type of survey for? It can be used for all manner of things. Suppose you're in charge of running the local parks. In that case, a survey might be used to gather information about what your locals think about the parks in the area, both on a general basis (all parks) and more specifically (individual parks).

Once you've gathered the information, you'll be able to interpret that data and ultimately make changes that'll benefit the local citizens.

Of course, merely carrying out a community survey will not necessarily yield the results that you or the local area need. The quality of the community survey data will determine how much of an impact the survey will have. Some tried and tested methods and tips will help ensure that your survey is considered a success. We'll take a look at some of the most effective below.

The process of carrying out a community survey can be straightforward, but the planning stage requires work. Indeed, this is the most critical stage since a well-planned survey will make everything much more manageable. The more specific your survey is, the better it'll be. For example, what are you trying to figure out? What problem are you trying to solve?

You'll find that you get the best data if you use the survey over and over. After all, long-term data is better than short-term data. You might find that you're making progress in certain areas, while in others, you're not reaching your targets, and they need more work.

Also, think about how you and your colleagues are viewing the survey. You can treat it as an interesting data point, but it'll be much more effective if you see it as a core part of your strategic planning. Surveys can have a tremendous impact on an organization, but only if the survey's development and the results are treated as a priority.

Your survey should be watertight by the time it's launched. It'll take a lot of effort to get the number of results you need to make connections. If it turns out that there's a fundamental problem with the questions, answers, or methodology, then you may have to throw away all the data you've gathered because it's not useful or only of limited use.

For this reason, you must test your survey before launching it on a mass scale. This process is two-fold. First, you should sample it within your team -- you or a colleague might spot a big problem if you're putting it under the weight of critical analysis. Afterward, it would be best if you gave the survey to a small sample. If it passes that test, it'll be ready to be rolled out on a bigger scale.

You're going to get opinions from citizens no matter what questions you ask. But what you can do with those answers may differ. Suppose you've gathered a large amount of data that is not actionable. In that case, the data's long-term usefulness will be limited -- even the short-term usefulness may be compromised. One way to get actionable results is to get input from the people it'll impact during the development stage. If you want to know more about what people think of the local parks, then the park department should have a say. As well as leading to better results, this approach will also make it more local than the results will be accepted by the people in charge of implementing the changes.

Use It As A Conversation Starter

The survey data and how you interpret that data will be a useful launching pad, and it should be treated as just that: a launching pad. You won't necessarily arrive at an obvious endpoint; in some respects, it's better that you don't. If you find that citizens are unhappy with one local life, then you can use this survey as a starting pistol to have significant conversations. It can make local companies and political representatives more accountable. In this respect, a community survey can be viewed as a vital component of a democracy, pushing society forward for all the people who live there.

If you’re looking to get your community survey underway, then take a look at the services we offer here at Text-Em-All. We provide non-profit customers the chance to send a personalized text or voice message to as many people as necessary, whether that’s ten people or thousands.

About Sabrina White
As the Director of Customer Experience at Call-Em-All, Sabrina's main goal is to ensure that our customers have a positive experience with us. Sabrina leads a passionate team that strives for the highest levels of service.